Leboeuf played the Final instead of Blanc, suspended.
+ the young Vieira, Pirès, Henry and Trezeguet, all important in this success.
Boghossian, Dugarry and Vieira entered in the Final.


Denilson entered at the half-time of the Final instead of Leonardo. Edmundo replaced César Sampaïo  20 minutes before the end.


Prosinecki was part of the 23 but lost his spot at the end of the group stage. He reappeared in the last minute(s) of the game with France in the semis.


Semi-finalist (eliminated by Brazil in a penatly shoot-out) and  4th : The Nertherlands.

As they lined against Brazil :

As they lined against Brazil (difficult to make a synthesis 11 and the best 11 possible for the Oranje team had probably to be this one). Numan, the usual left back of this team was suspended after a red card in the quarter-finals against Argentina and was replaced at this position by Cocu, usually employed at midifeld in this selection and not Bogarde due to the latter was injured. Numan was numerically replaced by Zenden, preferred to Overmars.
Winter replaced Reiziger since the 56th minute of this match with Brazil.
Zenden could operate like a winger on the left side when R. de Boer was more like a "strict midfielder", able at once to defend and to make the play.


+ Amongst the quarter-finalists, Italy (eliminated by France in a penalty shootout) :


Nesta get injured in the last match of groups and was replaced by veteran player Bergomi on the right of the defense.
Albertini was a sub against France. He came in for Dino Baggio at the 52nd minute.
Roberto Baggio and Alessandro Del Piero were in balance during the tournament like in a sort of "staffetta", like with Rivera and Mazzola in the past. However the youngest of the two, new sensation Del Piero was well the starter against Norway in the Round of 16 (Baggio did not play) and against France in the quarter-finals.

To be complete on Del Piero/ Baggio : 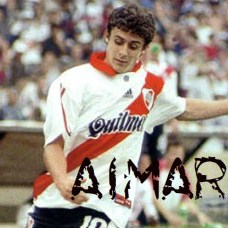 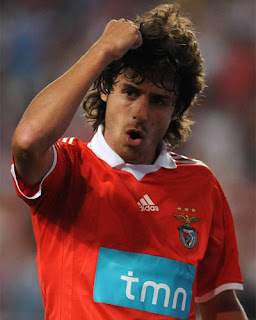 All matches for AC Milan.

Plus, quarter-finalist (beaten by the USSR), Hungary : 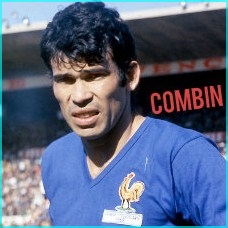 Yugoslavia 1968 (deviation of a cross by Bereta to Di Nallo) 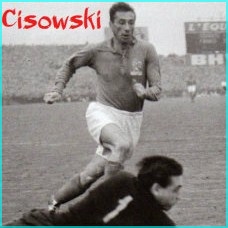 Austria 1952 (1-2 with Penverne who striked from the 20 m.)
Cisowski is also more or less directly at the origin of the goal by Vincent against Belgium in 1956 so he is involved in all of the 6 goals as he scored the other 5 ones.
Cisowski est aussi, plus ou moins directement, à l'origine du but de Vincent face à la Belgique en 1956. Il est donc impliqué dans chacun des 6 buts puisqu'il inscrivit les 5 autres. 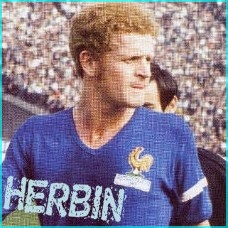 Demi-passe décisive"/ "Half-assist":
Norway 1964 (cross deviated with the head by Guy to Rambert)

It works as well with John Jøn as with Larry Steinbachek (like at 2:08)

No need for a photo.

Team presented as in the Final (with substitutions) : Cristiano Ronaldo get injured early in the match and was replaced by Quaresma since the 25th minute. In consequence Nani took the left hand of the attack or the centre when Quaresma was clearly positionned on the right. Moutinho replaced Adrien Silva at the 66th minute (position for position). Striker Eder replaced the very young Renato Sanches 13 minutes later and scored the winner at the 109th minute.


This team without intelligence, without soul and first of all without a coherent midfield - what is important in football  and all the first remarks are linked to it and to a certain "spirit" and "coaching methods" and "choices" - reached the final. Gignac hit the post before the end of the 90 minutes...
Presented as in the Final (with substitutions) :

The XI of the semis (with substitutions) :

World Champion title holder and one of the best sides of the tournament Germany was probably the team with less flaws without forgetting the indeniable qualities in its game. Fate was against them though and they have never been really that dominant neither, exception made of the round of 16 against Slovakia (and that was not Spain 2008-2012 neither talking about "qualities in the game").

Deprived of Khedira (MF), Hummels (CB), of the "veteran centre forward" Gomez (3 games as a starter, 2 goals, 4 appearances in total), without forgetting Reus injured before the tournament (like in 2014) and with 120 minutes in the legs (+ a penalty shootout) with their quarter-final with Italy, Germany was eliminated by a more athletical and in better shape French team that could also rely on the talent of his striker Griezmann and goalkeeper Lloris when Müller remained silencious in this tournament and that Neuer was not able to repair the errors of his teammates. Boateng get injured at the hour of play in this match too.
Hummels had already missed the first group game but without much consequences for his team as his sub for this match, Mustafi, in spite of some hesitations, scored the first German goal of the tournament for a 2-0 win over Ukraine.
Höwedes was the right back in the quarter-finals and Kimmich midfielder on the right side (in the round of 16, Kimmich was the RB and Höwedes did not play). Schweinsteiger was a subsitute and had to enter since the 12th minute to replace an injured Khedira, in the match against Italy.
Götze (likely to be called a "number 10") was the centre forward at the start of the tournament. Gomez (target-man) took the relay but the match with Italy get the better of his health.
The very young Leroy Sané made his only appearance by entering at the 79th minute of this semi-finals match.


Wales, winner of Belgium in the quarter-finals then elimianted by Portugal in the semis.


Collins took the centre of the defense when he had to replace Davies, suspended (and Williams, usually in the middle, took the left hand of the defense). Arsenal's Ramsey was suspended for the semis and was replaced by King in this occasion.

Some extra's - as it was a 24-team tournament - with the quarter-finalists.

Italy (eliminated by Germany in a penalty shout-out).


Practiced the good old Italian schemes to which must be added a quite unexpected efficiency from its strikers.
Was presented as "the worst Italian team ever" and finally seduced manys like that. Assuringly the team with the clearest scheme of play in that tournament. Their merit has to do with beating Spain in the round of 16 (and Belgium in the group stage).

Two last points :
- one will note that the back-three + GK is all Juventus.
- other players were used in the group stage in the very demanding role that is the one on the wings but Florenzi + de Sciglio is the duo of all the knock-out matches.


In spite of wearing the shirt of Eddy Merckx, this Belgium could not reach the last 4 even less the Final, not talking of winning the trophy.
True that Vermaelen was missing for this quarter-final, replaced by Denayer. Same with Vertonghen, already not a "real left back" but a centre back used there, replaced by the young Lukaku.
The inscription Carrasco (Mertens) :  means that Mertens usually entered for Carrasco (in the same role). It was the case in almost all the matches, it was the case in the quarter-finals where by the way Fellaini entered at half-time as did Batshuayi (striker) but at the very end of the match.

Iceland, winner of England in the round of 16 then eliminated by France in the quarter-finals.

For the story, Eiður Guðjohnsen entered in the match agaisnt France (instead of Kolbeinn Sigþórsson at the 83th minute). It was the 88th international appearance of the son of Arnór, since 1996.


They had qualified after a 1-0 win over Italy in the last group stage day match (1-1 with Sweden in their first match then a 3-0 loss against Belgium before this).
In the game against France, Hoolahan, who had started in the two first Euro games of Ireland, entered in attack for the last 15-20 minutes, like previously against Italy. The winger Jon Walters entered for Daryl Murphy. Veteran defender John O'Shea entered for McClean. The initial central defense O'Shea-Clark had been changed for Duffy-Keogh after the loss to Belgium.
The two players who very probably stood out individually from this team were Brady and the keeper, Randolph.


Same with Hungary (full article on the Hungary National Team here), one of the most entertaining team of the last Euro.

...the one that was beaten by Iceland in the round of 16 (you may want to see the article "England XI at World Cups and Euros here).


SEE ALSO FORMATIONS AND LINE-UPS FOR THE EUROS : 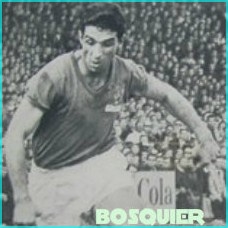 And another free-kick by Bosquier, this time against Viktor, at 2:08 :

In between, he scored that one against West Germany and Maïer again (not on free-kick) : 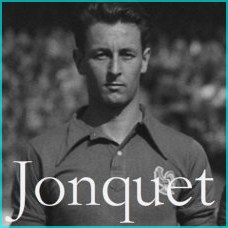 Scotland 1958 (Fontaine, on a long pass in the depth between two defenders).