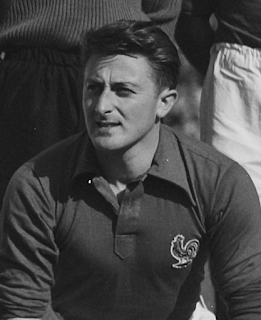 A COACH GIVES YOU ADVICE

Into an extremly difficult role to hold, the winger often tend to think he is forgotten. But it is him who lies low way too often. In his head, he thinks to be the poor relation of a team, occupying a thankless position on the pitch with a reduced field. He often feels being dependent on his inside.
Well no, he is not poor, even if his position is occupied by the injured player, even if he has got the number 11 : you are not the eleventh. Sooner or later, with your intelligence and your tactical sense, you, the unloved yesterday will be the beloved tomorrow.

What are the required qualities for a winger ?