All the lineups of Atlético de Madrid in European Finals.

As they lined in Final :

Make your picks among these players plus surely others. There are three pools : 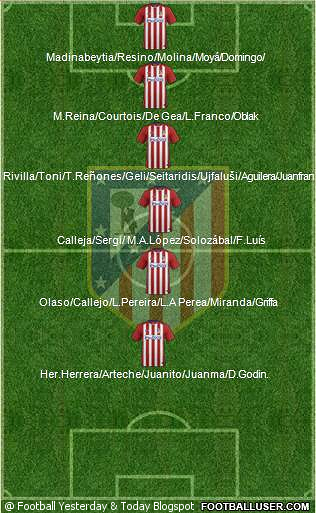 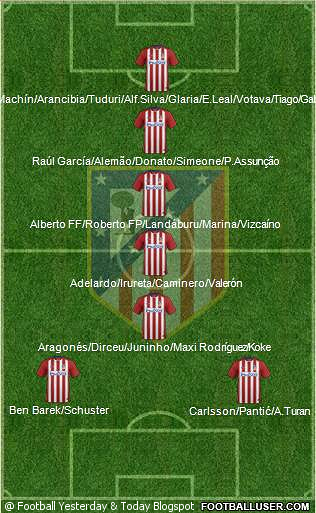 3) The strikers (once again there's some choice) : 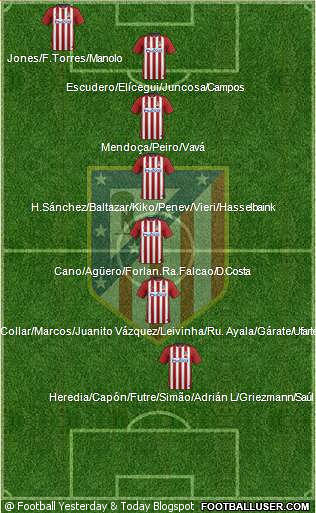 As for today, FYT would go for :


A duo Aragonés-Schuster won over the duo Ben Barek and Carlsson of the 50s. A trio of very mobile strikers, but no "real centre forward". It's hard to dismiss some famous names of the 60s/ 70s (Rivilla, Arteche, Adelardo...) but History goes on. Why not Gabi instead of Glaria by the way now that we think about it.