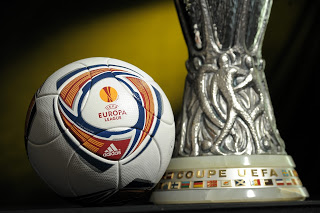 Notes in the end.

Notes :
1975 : in the second leg, the M'gladbach's defenders exchanged their respective main zones of intervention after the entry of A. Mühren for Bos at the 53rd minute.
1979 : in the first leg, Simonsen and Lienen switched sides in the second half. In the second leg, Ringels and Hannes switched roles in the last 30 minutes of the game.
By the way, M'gladbach played its home game in Düsseldorf in European competition.
1980: Frankfurt played in red.
1982: in the first leg, Strömberg and Tor. Holmgren exchanged sides at half-time.
1986: as for the first leg match, don't imagine that Gordillo took the left side to cross the ball. If one, who is not a striker,  did in this match it is Camacho, who is however placed near his libero as he helped him a lot in the axis (while Solana chased his man in general more on the side). By the way, Gordillo operated much more like the "Left backs" of M'gladbach, i.e through the centre-left channel. Klinkhammer (M'gladbabach '75 is a bit the exception that confirms the rule as he didn't go forward much through the centre-left channel but a bit more frankly from the left side, it was his difference and it depends on the adversary too).
1986 still : in the second leg, Real did not wear a grey jersey but of course the one of mauve colour.
1983: Anderlecht played in white with mauve trimming (the jersey of now is awful so the team is here represented with a simple full white jersey for now).